The Sugar Industry Research and Development Institute (SIRDI) and the European Union (EU) signed an agreement with the objective of “Strengthening the Integrated Pest and Disease Management in the Sugar Industry.” The aim of the project is to create a competitive and diversified sugar industry that contributes to a sustainable environment for sugar production in Belize. With this project a one-of-a-kind laboratory was constructed at SiRDI’s compound fully equipped with new and sophisticated equipment. The laboratory aims to evaluate and reproduce a strain of the entomopathogenic fungus Metarhizium anisopliae to be further used as a biological control agent in Integrated Pest Management (IPM) programmes that is not limited to sugarcane. The incorporation of an IPDM program which is based on ecological principles, considering the agro-system as a whole, is to complement and reinforce what farmers have been practicing in their fields. These practices include the on-time application of mechanical, cultural and biological control methods.

The use of a biological agent such as Metarhizium anisopliae, presents a “new” and integrated approach to prevent and control frog hopper infestation. It has been reported that this biological agent can infect approximately 200 species of insects and arthropods such as termites, ticks and weevils just to mention a few. In contrast, studies have demonstrated that irrational use of pesticides for its control leads to serious environmental and human health problems, as well as pest resistance. The cost of chemical control is approximately up to 80% more expensive compared to a biological control agent.

Nevertheless, the main objective is for the product to be accessible to all farmers in the northern sugar belt at a reasonable price, inclusive of the livestock, citrus and organic productive sector.

The process required to obtain an effective biological pesticide such as Metarhizium is: Collection, Isolation, Characterization and Multiplication. It is crucial to perform this process correctly so as to establish the base for the future development of the fungus. This fundamental step requires developing a complete profile of the entomopathogenic fungus in order to be evaluated as a potential biological agent for its multiplication. Metarhizium anisopliae attacks specific insects initially by attaching its spores, known as conidia, on the cuticle of the insect. It then produces an appressorium and penetrates the insect. Upon successful entry into the host body, it divides and produces hyphal bodies that invade the host tissues. Finally, the fungus emerges from the dead host and produces more conidial spores.

When an unknown printer took a galley of type and scrambled it to make a type specimen book. It has survived not only five centuries, but also the leap into electronic typesetting, remaining essentially unchanged.
The use of a biological agent such as Metarhizium anisopliae, presents a “new” and integrated approach to prevent and control frog hopper infestation. 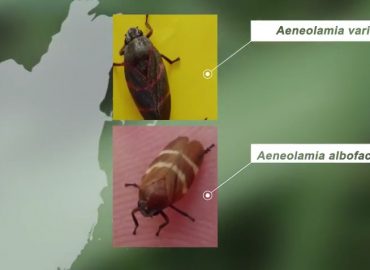